Love is the beginning and the continuity of Supreme Intelligence, it’s a vibratory sentiment induced by the understanding and needs of the spirit.

Love is not a weakness, it’s the most valuable richness within us, it’s the power which can deal with everything and anything.

When we love, it’s us who emit love, therefore, it’s our capacity of loving which belongs to us. We must not depend on the acts of others to have the capacity of loving. We must not depend on others loving us for us to be able to have love because this sentiment is ours, it’s emitted by us and therefore belongs to us. When we love, the vibration of love comes from within ourselves, it’s our sentiment, our vibration and we must not let that depend on others. When we offer our love to someone, that love doesn’t belong to them, it’s our capacity of loving which we offer to them. That is why to love and be happy loving, we must not depend on the loved person being near us, or of being alive, because love vibrates and beats vibrating in our hearts towards our loved one or ones, and continues even when we haven’t our loved one or ones physically near us, as universal love.

Universal love is better than physical love, it’s ideal love, splendorous like light. It’s in our nature to love and be loved. A person is not limited to have his loved one near, because his heart and his memories allow him to caress who he loves with his mind and heart.

Universal love, is real love, it’s ideal love, it doesn’t need of attributions or activations nor depends on acts or facts coming from others. Universal love is ourselves that love who we love, independently of whether the person or the ideal which we love exists or is about to come, if it’s impossible or is apparently impossible, if he or she has died or is far away from us, if this love is impossible and everyone else is against it, universal love will vibrate through our imagination, thoughts and sentiments emitted from within our heart which shall keep it alive vibrating from within us emitting vibrations towards the highest supreme frequencies of the universe.

We must understand that universal love, is natural love, it does not have to be activated, nor depends on circumstances, because when we love, we love ourselves and everything and everyone contained in the universe.

The Process of Love

The process of love is similar to the process of hatred. Hatred begins with a disagreement or a misunderstanding between two or more people. If this feeling continues to be fed it connects to a negative frequency, if there is no smile or apology; it will remain negative and then hatred begins to develop.

Love is the same, it begins with a liking, an affection or similarities shared by two people. Not necessarily one towards the other, but both in the same direction or towards a shared interest. It begins sharing a common interest, sharing a conversation and then they start to sympathise and likeness begins to grow and extend. If both people share it, it will grow quicker.

There are many types of love: fraternal love, sexual love, material love as well as many others. Natural love is a clear and lucid love between two transparent souls that have not necessarily the need of sexual relations, they just need to be close, feel and transmit love to one and other.

Love is an energy transmitted that renews, feeds illusions and pleasure all the time. It can be transmitted by us to things and from things to us all the time, from plants to us and from us to plants, from a breeze on our face or the sun heating our skin, when we admiring the stars, the sun and the light. This makes us fly with our imagination and have no need to ask for love, it’s not an exchange, its natural. When we emit natural love there is no need of any type of exchange.it flows naturally from us to induced by the scent of a flower, the movement of trees, the light that shines each day or the smile an innocent baby gifts us with.

Love is energy transmitted, it’s life and transcendence. Love begins to be felt with a look or a sigh,  it’s inconsistent, It can diminish at times although it will always be there awaiting, ready to be activated. Love is transmitted and cultivated, when received, it makes all living things vibrate from plants to superior beings, they all share the same love. Love is transparent, it can’t be bought because it’s given without expecting anything in exchange.

We must all understand, there is no need of accumulating anything material because to transcend we do not need them. Why do some take from others what they need to live with? When our body dies we take nothing material with us.The only richness and the only property we take when we leave our body is the love which we have felt, that we have shared, given and developed together with all the good things we have done and all the energy we have transmitted in the name of love. Everything else is left behind when we die, even the body some think is theirs shall be left behind.

Our non profit organization in Mexico

Freedom is the necessity and the essential fundamental right of evolutive and transcendent life. It’s a conscious and self sufficient universal responsibility of our existence, of others and of all living beings. Freedom is not only limited for breathing, eating and existing. It’s also for thinking, feeling, imagining, visioning, dreaming, enjoying, being happy and living. Freedom is living naturally, without banning or limiting, without dogmas or beliefs which can limit physically, materially, morally, sentimentally, censorially, mentally, conceptually or spiritually. The first step towards freedom is to understand, accept, exercise and value this marvelous and indispensable concept for the development and evolution of life..

A tree could grow between two enormous rocks, but will surely die as it has no freedom nor chance of developing. The same happens with intelligence and all of its senses, it cannot accept conceptual limits, orders, dogmas, rules, prejudice or superstition.The essence of intelligence is of infinite evolution which needs freedom to transcend, or it would stop being intelligence, because the life of intelligence is of limitless evolution. Before aspiring to reach and exercise freedom, universal consciousness previously must be developed. The only thing that may prevent, inhibit or deny freedom for oneself and or for others, is ignorance.

Freedom is a physical, material, mental, intellectual and unlimited spiritual state; it’s an act, aptitude, attitude, beginning and end, it’s a need of everyone for everyone. Freedom is evolution and infinite transcendence, it’s for freeing ourselves and others. Who prevents or takes freedom away from others, in consequence shall lose their own. By universal nature, whoever uses his own freedom to take it away from others, commits a serious, irrational and unnatural mistake attempting against the object of his own freedom, because freedom is for man to free himself and for freeing others.

Conclusion: Freedom means to understand it’s object, to transcend universally and infinitely in and for it. We must always remember that the limits we mark or imprison ourselves with, are and will always be the product of our ignorance. All we need for always going further is freedom, and once we are free we need nothing else.

As we occupy a physical body, we are not free of our physiological needs, we can’t stop breathing, eating or sleeping. Since we live in a society that imposes its system with pre-established habits and beliefs, we learn what we are taught, we live as we are told to, and we believe what this society considers best for it’s convenience. Therefore we aren’t free to learn, to be ourselves or to think.

The only freedom we have is inside ourselves, in our interior, in our thoughts. Don’t renounce to your freedom of thought, because if you do, you become nothing in this universe.

Man is incapable of imparting justice, because he lacks criterion and is unable of amending the damage.

Justice is a concept which can be applied and accepted, according to the culture of who or whom have circumstantially conceptualized it. For example: A slave may say his master is fair   because he allows him to sleep, gives him food and does not beat him, and if punished he justifies understanding his master’s in a bad mood. We can find many examples like this all over the world, at many times according to different circumstances of life and different ways of conceptualizing. Another example: A judge judges, accuses and sends an innocent person to jail. Who is a judge to dispose of the body and the moral of who he has accused, to cause him familiar, patrimonial and social damage? How can justice be imparted for this person, not even by putting the judge into jail can the damage caused to his image, time, life and moral be repaired. How can all these losses be repaired, how can the damage be compensated?  It would be impossible. Past and present life is unjust, unequal and unfair in all senses.

Justice in each individual and group, in every attitude and aptitude is love, wisdom, will, right, obligation, reason and understanding of giving, receive and imparting justice. And above all justice is consciousness, it’s a fundamental need of a healthy, civilized, intelligent and human evolutive transcendence.

Justice begins in each individual when he becomes conscious of himself and of others, justice is the indispensable concept that must be exercised to maintain life, matter, intellect, consciousness and spirit in perfect balance with rest of the universe, for them to exist and transcend universally.

Man is incapable of imparting justice, because he lacks of the necessary criterion, and can’t repair the damage caused. Man isn’t free, because to be so, he must develop infinite transcendental consciousness, which he doesn’t even know of it’s existence.

Our non profit organization in Mexico 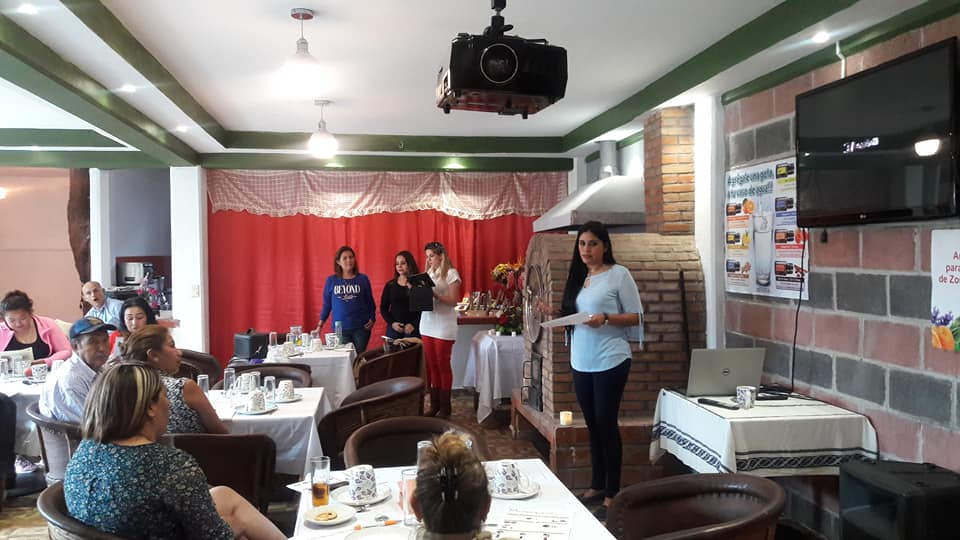